It’s time to head back to school! This week we look at books focused on going back to school and some for those just starting in kindergarten. 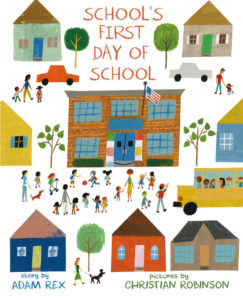 When we think about back to school, often our minds are on the students. But what about the school?

It’s the first day of school at Frederick Douglass Elementary and everyone’s just a little bit nervous, especially the school itself. What will the children do once they come? Will they like the school? Will they be nice to him? The school has a rough start, but as the day goes on, he soon recovers when he sees that he’s not the only one going through first-day jitters. 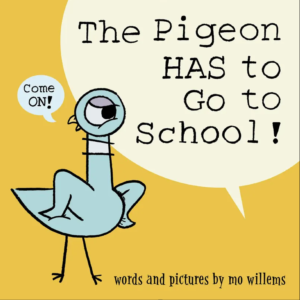 The Pigeon HAS to Go to School!
Willems, Mo

Pigeon gets all the answers to his questions about going to school in this fun read. 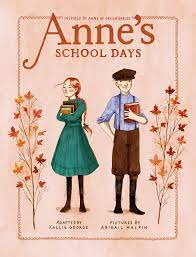 Anne loves autumn in Avonlea, and she’s been enjoying her first three weeks of school. It helps that she walks to school with and sits next to her kindred spirit, Diana Barry. However, one day, Gilbert Blythe joins the class. According to Diana, he’s very handsome, and smart too. However, Gilbert immediately gets on Anne’s nerves. When he pulls on Anne’s braid and calls her “Carrots” because of her red hair, enough is enough. How can Anne enjoy school when Gilbert is ruining everything?

This is the third book in an early-reader series inspired by Anne of Green Gables, starring the spirited Anne Shirley as she navigates her first days of school and the incorrigible Gilbert Blythe. 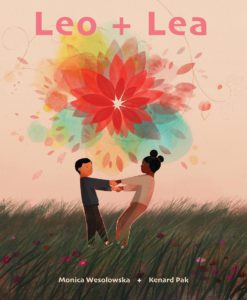 One boy loves numbers. Everywhere he looks he sees things to count. His classmates don’t understand counting as he does. A new girl loves patterns. Could she be a friend for Leo? This beautiful friendship story, inspired by the Fibonacci sequence and cleverly constructed using its mathematical pattern, celebrates our differences, as well as how math connects us to one another.

Young readers will love counting the number of words per page and discovering how they echo the Fibonacci Sequence, a mathematical series in which each number is the sum of the previous two: 0, 1, 1, 2, 3, 5, 8, 13, 21, and so on to infinity!

This entry was posted in At-home Learning Resources, M's Blog and tagged back to school, Children’s Bookshelf, Literacy Resources, Reading Resources. Bookmark the permalink. Both comments and trackbacks are currently closed.