ALL ABOARD: WE’RE GATHERING STEAM 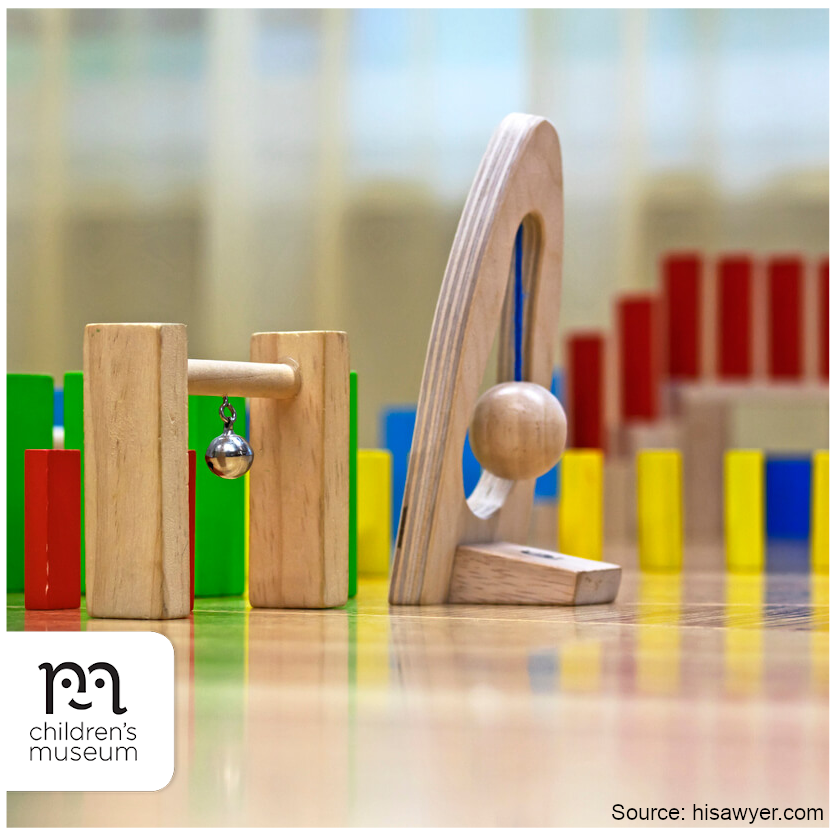 Do yourself a favour: Go on YouTube and look up “Rube Goldberg machine.” You and your child will be treated to videos of hilariously complicated machines built to take care of simple tasks.

Who exactly was Rube Goldberg? He was an American cartoonist who rose to prominence in the first half of the 20th century. Although he was trained and worked as an engineer for a few years, he didn’t actually build the machines for which he became famous – instead, he drew them.

If you want to try making one yourself, you can break down the process of building a simple Rube Goldberg machine into three general steps:

What will your Rube Goldberg machine do? Think about small actions you perform every day in your home. Flipping a light switch, shutting a door, dropping something into the trash or recycling, watering a plant—the possibilities are endless.

You can use anything you’ve got lying around the house in your Rube Goldberg machine. That said, there are a few staples you’ll see in most such contraptions: dominoes (or objects that can act as dominoes, like cereal boxes and batteries), marbles (or other things that roll, like balls, cans, and toy cars), string, funnels and chutes (like paper towel and toilet paper tubes), and containers (like cups, bowls, and buckets). You can also experiment with more complicated components like water and magnets.

Take the design (sketching your ideas beforehand can be helpful) and construction of your machine piece by piece. Most Rube Goldberg machines are basically a series of unrelated devices that trigger each other one by one, so it makes sense to build in chunks.

Learn more about Rube Goldberg machines and get some building tips.